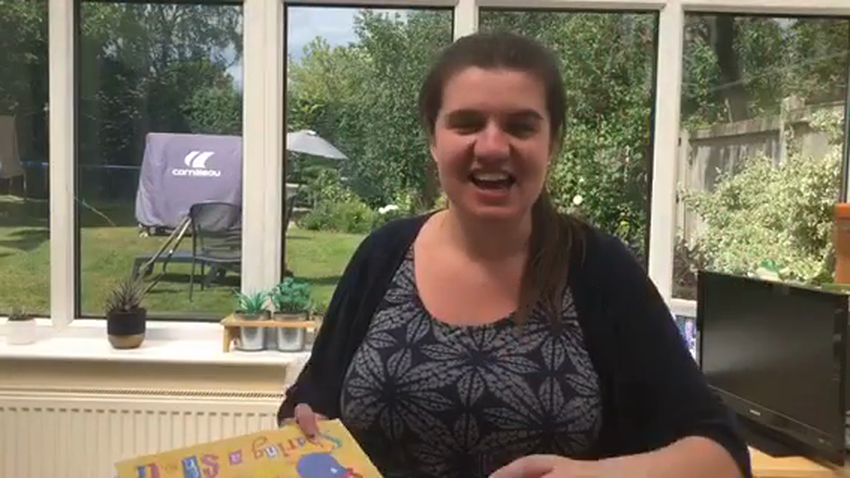 You can choose to do this with objects or simply with written words.

Objects: Get a selection of rhyming objects (e.g cap, map, sock, rock, jar, star, pan, can, bell, shell, duck, truck) and put them into a bag or underneath a piece of material so they are hidden. The first player pick out an object and states what it is. The second player then has to get out an object and state what it is. If their object rhyming with the first chosen object then they win them both and get 1 point. If it doesn't then both objects go back and they have to be the first person the pick an object. The person with the most rhyming pairs at the end wins.

Written words: Write down each word on a separate piece of paper (cap, map, sock, rock, jar, star, pan, can, bell, shell, duck, truck). This way the children have a bit of phonics snuck into their day too. The first person turns over 2 cards and reads them. If they rhyme then they get to keep them, if not then they have to turn them back over. If they won the pair then they get another turn, otherwise it's the next person's turn. The player with the most pairs at the end wins.